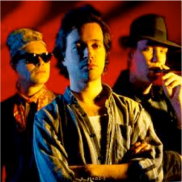 I remember when I was a kid– late grammar school, early high school– whenever I could scrape some money together I’d hop on my bike and head over to either Home of the Hits or Record Mine, my favorite record stores. Not only did they have a great selection of cool shit, they had a great selection of used cool shit. For between three and ten bucks you could pick up some most excellent vinyl. Good times. Good times.

The best part about vinyl was that it was physical. You held it. Touched it. Regarded it. And the physical form impacted the art itself. If it was a bit warped you got the roller-coaster effect. If it was a bit scratched you got somewhere between hissing and skipping. Hissing could be kind of cool. Skipping, not so much. You could remedy certain skips by putting a penny on the needle. Necessity is the mother of invention. Or Frank Zappa.

(No. I did not go to school with Moses, smartass.)

Then there were the record covers. They told stories and were often held in as high regard as the vinyl they protected. Sticky Fingers and Sgt. Pepper’s come to mind. I remember going through the Sgt. Pepper’s cover for hour upon hour detecting the stoner humor and ‘hidden’ references to John Lennon dying. There was a way to place a butter knife across the words on the bass drum so you could plainly read the words “He Die” if you craned your head just so.

was replaced by the compact disc. Physical virtues were eliminated. It was just about sound now. I was kind of bummed to lose lyrics and album art, but oh-my-God was the sound good. Most people had at least one decent system in their house with a good amp and massive honking speakers. Add a CD component and…BOOM. I scared myself the first time I popped in In Utero. That was some glorious racket.

2000s
I’m all luck, no skill, but defied the odds to become CMO of the country’s largest specialty audio retailer– Tweeter Home Entertainment. When I got in the chair, the business had already begun to tilt from audio toward video as ‘flat panels’ cropped up everywhere like poppies. But we still had some audio that would reduce an audiophile to his knees: Krell, Logan Martin, Focal, MacIntosh…I get weepy just thinking about it. 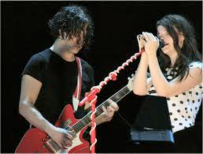 would bring their own disks in (vinyl was little more than a novelty at this point) and try them on all the different speakers. Occasionally they’d disappear for a few minutes with a salesman into the alley behind the store, emerging with big grins “totally psyched” to listen to one particular track REALLY LOUD.

As I’d visit stores, though, I began to notice a thin layer of dust covering most of the better speakers. Across the parking lot or down the street at a Big Box people began to shuttle in and out for these new fangled “iPods” the ‘computer company’ Apple had come out with. They were like jukeboxes shrunk to fit in your pocket by some Gene Roddenberry inspired engineering.

“Wait until they find out the sound is shit,” our wizened sales guys snickered, noses to the window as customers streamed past not noticing them.

Within months our loyal customers began to reappear, like salmon returning home. Their dalliance was a fit of pique. They’d returned to where they belonged: the House of Quality Audio. All was right with the world. Right?

“Work this (iPod) into my car dash!” they said, almost in unison.

Taking what we could get, we installed a boatload of aftermarket aux-in iPod systems. Most of them were cloogy as shit, but cloogy iPod access was better than no iPod access at all. Customers voted with their wallets.

Whereas customers used to bring in their vinyl, then their CDs, to hear how their stuff would sound on different systems, now they brought in their iPods and listened to them on various little dock systems.

“Now they’ll hear the error of their ways,” the now smaller group of purist salesmen snickered. Surely the compression, the lack of dimension and range would expose the lack of quality and folks would return to their CDs or maybe even those new BluRays that were even more robust than CDs!

“I’ll take it,” they said to the $199 Chinese piece. As I watched this I noticed that my elbows had an inch of dust on them from where I had been leaning on the gorgeous mahogany-cased speakers, rubbing my temples.

Customers had rejected the long-term commitment of high-end audio components and the ‘all or nothing’ CD proposition. They sacrificed real beauty and meaningful conversation for cheap aural sex.

(Whitney) Houston, we have a problem. 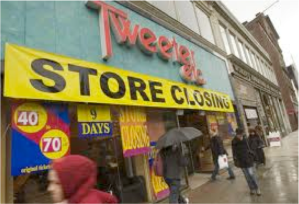 Tweeter is no more. I move on with Survivor’s Guilt.

I have an eighth-grader and a fifth-grader. Neither has ever purchased a CD. I haven’t in five years. I have not used my beautiful Pioneer CD player in about that long.

You’d be tempted to think that the Reynolds Era of music had hit bottom, found its nadir.

Not really. In fact, I think my kids are nearly as into music as I was at that age. The difference is that my friends and I used to buy pizzas. These kids buy slices. I learned about stuff on MTV. They go to YouTube. I was into the lyrics and who played what on every track. They don’t give a shit. It’s different, but there is no less interest.

The Reynolds have even moved past the iPod to some extent, with the incomparable Sonos acting as the workhorse. Not only can we access all of our local music files, we can listen to global music in terms of Trance music from Transylvania on Mog, Spotify, Rdio, Rhapsody… Try to stump it. I defy you. It’s the oracle of Delphi for music. It knows and accesses all.

Much has been made about what radio is and what a jukebox is. It’s a tired subject kept alive by tired people. “Real radio has real people curation,” they drone on and on. Whatever.

Everyone loved and listened to radio. It’s true. Know why? It was the only fucking way to hear music you didn’t own. That’s why. Now it isn’t. It’s one way among many. Deal with it. Move on. Whether radio requires people as curators versus algorithms is like asking if we need people in control towers with binoculars or can we use radar. Nobody cares. Just get the planes down safely.

The point of all this is that things have actually inverted. We used to have to go to the music—to the record store, to the radio, to the sacred stereo. And when we got there we took what it gave us and liked it. There were few options.

And not just music, but your music, customized to your tastes, pre-set and tuned to your ear, is never out of reach.

That makes me want to sing.

To those who set their clocks backward, I say this: pin your diapers and get on with it. You can adapt and thrive. For all his quirks, Darwin was a pretty smart guy. The strong will survive—typically at the expense of the weak. Time to pick.

Think of it this way—if we actually did hop in your way-back-machine when radio and the music industry were just twinkles in their parents’ eyes and I told you that you could reach a global audience effortlessly, with virtually no barriers, would you have taken it? If I said all you have to do is convince people your content matters, is worthy of your audience’s time and treasure, would you have accepted the competition on that basis? I think you would have. I think that’s why 99% of people got into these businesses in the first place. They loved radio, loved music, and thought it was a downright sexy way to make a living.

They were right. It still is.
So, for those who are fighting so hard to turn back the clock and preserve delivery mechanisms over music and content, I quote from Danny Aiello’s Guardian Angel character in Jacob’s Ladder:

“If you’re frightened of dying and you’re holding on, you’ll see devils tearing your life away. But if you’ve made your peace, then the devils are really angels, freeing you from the earth.”