← A Man for Some Seasons
The Empty Chair →

I think I read somewhere that dreams are the ‘residue of consciousness.’ I believe that’s true. Most dreams take all of the “open apps” of the mind and tie them together in somewhat scatological yet occasionally coherent narratives while we sleep. As to why this happens, I’m not sure. I suppose no one is. Many think it’s the brain continuing to work on the same issues the waking brain is challenged with but attempting to solve them with different filters. Sounds a bit Timothy Leary, but I’m directionally buying it. 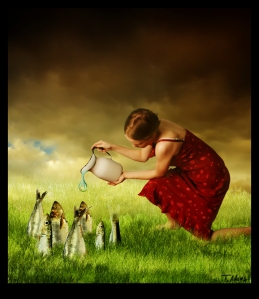 “I have a call. It’s Bill Gates1!” the flummoxed admin all but shrieks with one hand over the receiver (a quaint anachronism.)

“I guess I should take it,” I say meekly. I’m the most senior guy in the room and the one brought (back) to this Seattle2 agency where things had gone so wrong3 so famously years before to handle the Microsoft4 account that never was there. I’m not yet up to speed, but no time like the present.

“Patrick Reynolds. Can I help you?”

“Hello Patrick, welcome aboard. Or should I say back? I’m in Vegas5 with _______ (my waking mind can’t reform the name from my dreaming one). You know, the rep from Rolling Stone6. I’m piss drunk.”

Conscious or asleep, it’s a shocking confession either way.

“Here’s what I’m hearing: smart guy7 but you’ll want to come in and consolidate power right away8. You’ll have the right idea but may or may not be able to bring everyone along9.”

“Interesting, but I assure you that I’ll do way more listening than speaking early on10. I have no ‘Grand Plan” to be enacted Day One. I’ll know ‘my song well before I start singing’ as Bob Dylan says.”

“Ask around. That was a one-time deal.”

1 I’ve been thinking a lot about Gates lately and how his personal stature for me grows and grows as his creation seemingly continues to drift in the wrong direction. In many ways, he’s like Jimmy Carter; infinitely better in ‘retirement’ than ‘on-stage.’ I also think about Gates in relation to his rival Jobs. Not even five years ago this seemed like an unfair fight: Jobs so intuitive and creative versus Gates so clinical and square. Today, I see the opposite. I see Gates using his massive intellect and even more massive wealth to solve the still more massive challenges facing the planet and all its inhabitants. Jobs, conversely, spent his time and talent designing a better mousetrap. Harsh, but not untrue.

2 I dream often of Seattle. Lush and lovely, exotic yet domestic, the year I spent there was packed with so much it felt like a decade. I dream of its scenery—a glimpse of Rainier when it’s out, Lake Washington and it’s houseboat tapestry collaring the shores, the Sound, and, of course, the dense and damp forests. I also dream of its neighborhoods and how they fan out in what only a Seattleite would call a grid with straight face. (Chicago, where I lived for nearly a decade in reality, now that’s a grid.) I also dream of its people, the ones I knew anyway. They all had a special glint in their eyes that I found appealing but never fully understood. You could look at that as part of the paranoid narrative that everyone knows a secret you don’t or simply that they were onto something I wanted to learn more of– Buddhas in Birkenstocks.

3, 11 As beautiful and peaceful as Seattle is, my year there was the most challenging of my career and it’s the scene of my biggest professional failure. And regret. I was brought in to get a situation under control and I failed. Full stop. That happens. While a platitude, I do subscribe to the idea that if you don’t fail sometimes you’re not reaching high enough. Even so, particularly as a younger man, I accepted failure with the same equanimity John McEnroe accepted poor line calls. So when the ship there was going down, instead of standing grim-faced and resolute at the wheel like the Shackleton I’ve always tried to be, I raged and railed like a child. Rather than the disappointment fading over time, as most do, the Seattle scar is constant. Keeping that Jack in the box has been a recurring theme round midnight since the day I left the Emerald City.

4 I just heard a very funny bit on NPR about an internal memo from Gates regarding some Microsoft offering he very clearly (and humorously, intentional or not) deemed unworthy.

5 I have a trip to Vegas coming up and I simply don’t want to go. The place holds zero appeal for me, yet I’m there every year despite my best attempts not to be.

6 Rolling Stone is some sort of symbol for me of the changing of the guard. It was a huge part of youth and now seems inexorably fading away–putting Tsarnaev on the cover a desperate last shot at relevance before the final coda. For me, Rolling Stone says a lot about youth, rebelliousness, counter-culture, alternative views of the world and its events… By extension, dreaming of it could be construed to symbolize aging, being part of the establishment, and a general dulling of the senses if not the intellect.

7 As sad as it may be to get intellectual affirmation from yourself via the dreams we script, if Gates did say that I’d drop the mic right there and then.

8 9Patience has never been a signature characteristic for me, and pushing from behind is something I’m cautious about because it’s something I’m inclined to do. I’m now much more subtle but no less committed to pursuing the course I feel is best. That said, today, unlike occasions of the past, I’ll take a different route if that’s the one agreed upon by the group to see who’s right if nothing else.

10  This is very much my modus operandi. I remember my favorite high school English teacher lecturing on Ode on a Grecian Urn by putting a waste paper basket on his desk and having us all stand up and walk around it, viewing it from every possible vantage, as the author would have regarded the urn in question. It’s a good lesson. Things generally end poorly in my experience when the Listen-Think-Speak-Act pattern gets out of that sequence.

SO there you have it. The remains of the day become the plot of the night.

12 After the Gates dream I had a bizarre sequence of flying down something like a runway. No plane. Possibly on a winged dog. We took off just at the edge of a body of water similar to the way planes do at Logan or LaGuardia airports. I flew a hundred yards or so before landing in three feet of guck. I limped back to shore, dazed.

Freud said dreams are the “royal road to the unconscious.” Let him figure this one out.