Posted: October 9, 2014 | Author: buffaloreynolds | Filed under: POV | Tags: affleck, education, islam, maher, middle-east, oversimplification, politics, poverty, terror, understanding, violence |Leave a comment
“Here’s a good idea – have a POINT. It makes it SO much more interesting for the listener!”
One of my favorite lines from “Planes, Trains, and Automobiles.” John Hughes was never as good as Harold Ramis, but he was no slouch either.
I thought of it the other night (in a decidedly unfunny context) when watching Bill Maher. His guest, Ben Affleck, took great umbrage at Maher’s assertion that Muslims were disproportionately violent, prone to terror, and repressive (my words.)
At first, I was right with Affleck. It’s absurd on its face, right? Maher and another guest broke down the roughly 1.5 billion Muslims into various buckets based on their stated views toward things like adultery, honor killings, apostasy, and so forth. The numbers, if accurate, certainly painted a picture of a close-minded and backwards-looking group of people to be sure.
Firstly, anyone who works with data knows how very fungible it is. It takes relatively little skill to plug it into any argument you like.
But the larger issue is who cares if it is true? What’s the point? What’s gained by pointing it out? What should we do— convert them all? Wipe them out? What exactly? It’s truthy in the way that saying 98% of all rapists have penises. Should we keep an eye on them all (the men, not the penises)? It’s functionally useless.
Rather, I’d like to see the data cut more finely. Let’s look at the question of stoning and break it down by education and income levels. If they’re uniform…I like Ben but his heart’s trumping his head. I deeply suspect you’ll see stoners are disproportionately at the lower income and education levels. 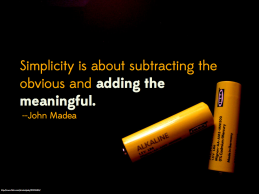 So what?
So that means prejudice and terror and stonings can be mitigated through education and opportunity. Maybe instead of dropping bombs on “them” we should drop books. Have a look at some figures to see what I mean.
Afghanistan, Yemen, and Pakistan are somewhat “challenging” places prone to unspeakable violence. Their estimated household incomes are $1,100, $2,500, and $3,100 respectively. Syria tops the bottom of the list at a whopping $5,100. Is it surprising that they’re somewhat dour?
Conversely, Qatar, Brunei, and Kuwait are all equally Muslim heavy-majority yet not major ‘sponsors of Terror’. Why? Might be that their household incomes are $102k, $54k, and $42k. These countries are not immune to unrest and even violence. Neither is ours.
To address the issue of violence and terror we must first understand it. Overly simplistic and convenient theories, however well-intentioned, might actually create more problems than they solve.